The process of transferring one or more FSMO roles from one Domain Controller to another is a fairly easy process. However, given that all DCs are online and are functioning properly.

What happens if a DC, which already has an FSMO role, crashes or shuts down for a long time? FSMO role transfer cannot be completed as the server is no longer online.

For similar cases, we use a forced transfer of FSMO roles, a process that is referred as ‘seize’. Seizing FSMO roles from a non-functional DC is the last solution to the problem and means that the DC will not come back into operation without reinstalling it.

Even if you can restore it (eg after a crash), if you have seized its roles, then it should not come back to the network because it will cause even more problems in the existing infrastructure.

The FSMO roles can be seized by either PowerShell or NTDSUtil as you will see below.

To seize the RID Master, PDC Emulator, and Infrastructure Master roles, you will need to log in to DC with Domain Administrator privileges. For Schema Master and Domain Naming Master roles, you must have Schema Admin and Enterprise Admin permissions respectively.

The command we use is the same we use for the simple transfer, except that we need to add the -Force switch.

So, for example, to seize the Naming Master role, use the following command.

Where in the -OperationMasterRole switch you can declare one or more FSMO roles separated by a comma (,). For example:

Then, we will seize the FSMO roles one by one with the corresponding command, as the case may be. After each Enter appears a confirmation window. Just click Yes to continue.

Also, to mention that, during the seize process, NTDSUtil tries to make a simple transfer first (which obviously fails) and then proceeds to the forcible transfer. 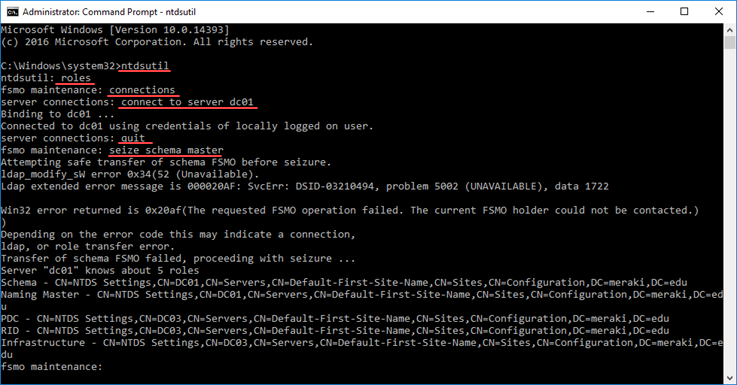 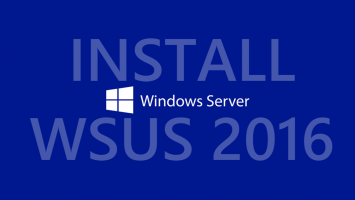 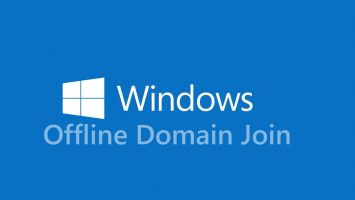 1 Comment on Seize FSMO roles on a Domain Controller