When you save files, such as a PDF or a ZIP file, from a remote location (eg from the internet), Windows tries to protect our machine by blocking it using the Alternate Data Streams (ADS) technology.

To check if a file is blocked, just look at its properties, as shown in the picture below. From here, you can unblock it.

This file came from another computer and might be blocked to help protect this computer.

But what if you want to unblock more than one file in one folder? As long as you know that there is no security issue for these files, you can unblock them all with the help of PowerShell.

Type the following command to unblock all files in a folder by changing the path of the folder to yours.

Or for a shortcut, try the following.

If you want to unblock all files that exist in the sub-folders as well, just add the -Recurse switch. 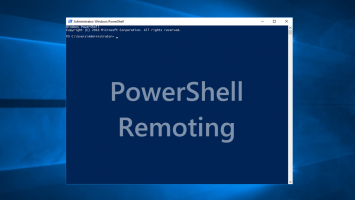 6 Comments on Use PowerShell to unblock files on Windows